Obuli Chandran, after graduating from PSG College of Technology as a Textile Engineer, was  busy travelling across India, meeting businessmen, and attending meetings. He was so busy that he did not realize it had consumed 4 years. He loved travelling, so that way he was happy, but it hampered his days of constantly learning and being curious. He had always been fascinated with Physics, but his love for the subject started growing as he started reading the stories of Carl Sagan, Newton, and Albert Einstein during his travels. One fine day, he decided to break his busy routine and dedicate his life to the love of Physics. Following the words of Feynman, he decided to get better at Physics by teaching kids. The path forward was not easy.  He started Atom Academy and was lost in the world of marks. He started realizing that his way of teaching is appreciable but everybody expects academic coaching, a method he doesn’t admire. But parents were keen on coaching their kids as getting high marks was their ultimate goal. This consumed 3 more years, fighting the battle within and with the world.

Meanwhile, Arumugham, a Computer Science Graduate from Coimbatore was happily living his dream, working in a tech startup. He had always aspired to be an Entrepreneur and as soon he left to Bengaluru, he joined like-minded people and started Get2Galaxy, a technology-based startup that helped organizations hire engineering college graduates. He was overwhelmed by the uncertainty of working in a startup, and was living the life of continuous learning. But he did not realize the problem solving addiction that grows with being an Engineer and Entrepreneur. His addiction slowly started spreading from the Virtual World (Building Technology) to the real world. He started observing that no matter how effective the Assessment software they built, the ability to find a suitable Engineer was challenging. He realized there is a lack of passion for problem solving and Engineers graduating had no love for Engineering itself. This seemedto be a bigger problem, and he realized that it needsto be solved with the first principle. So he decided to work with younger kids of 10yrs - 15yrs, where the mind is curious and open to learn. With a hard heart, he bid adieu to the Get2galaxy family and moved back to Coimbatore in pursuit of discovering the path of an Educator. He then started volunteering in NGOs and schools and meeting Education Entrepreneurs to know more about Education.

Just like Obuli Chandran, his years back in Coimbatore were hard and challenging. Multiple failed attempts from building an app to teaching social studies to assembling an affordable computer broke him financially and mentally.

Hope blossomed when he got invited to a Smart City event in Coimbatore where like-minded citizen groups got to meet and discuss. In one such Group with Education Enthusiasts, Arumugham met Obuli Chandran.

They both realized that being an Educator and Entrepreneur is extremely hard and needs collaboration. They felt that all the Educators should come together to build a progressive future in Education. Keeping their differences aside, and with a common vision to work towards better Education, they started Mango Education. Love changes Everything. Love for Astronomy changed him from an Engineer to Science Educator. Other than Educating kids he is addicted to reading Science books and blames Feynman, Carl Sagan, Neil deGrasse Tyson, Bill Nye and other Science educators for his love for Science. No wonder he is known by his friends as ‘Obuli, The Science Guy’. He's a proud PSG tech Alumnus. Meena started exploring education when it was time for her elder son to start schooling. She strongly believes in holistic education and happy childhood. Inspired by Mrs.Sudha Moorthy's view on early years and reading habits, her house is a mini library with all sorts of books for children - from stories to science to math to fiction.
She loves teaching the basics of science, math, and logic to primary and middle schoolers. Aaru has a diverse experience from building technology and teaching at an NGO, to working with a venture capitalist firm in the education sector. He believes that K-12 education lacks a different “school of thought” and needs the contribution of people with diverse backgrounds. His earlier entrepreneurial stint was at a Bangalore based startup called Get2Galaxy which was one of the winners of Power of Ideas 2012. A person in love with art and design,Sreelalitha has an eye for good design. Her journey as a student at Srishti School of Design and Designer Under Architect in Chennai has given her a good perspective of the design process. Being a mother, she has learnt to process ideas with more compassion and love. For her, being a part of Mango counts as a milestone as a designer and mother. 'Never Give Up, Follow Your Heart' is her mantra. Deepa has been a curriculum designer, developer and teacher trainer for over 12 years now. Making learning organic, fun and pertinent is education to her. Homeschooling her son is a natural extension of her beliefs in education. She is also a story teller for young kids and her house is usually filled with her son's friends screaming their lungs out and having a ball. Aasif is also an Engineer turned Educator. His love for Education and working with kids made him leave Accenture and pursue his journey as an Educator. His management skills are complemented with his love for Photography, Traveling and Writing. He currently takes care of Operation and critical business decisions. His Mantra "Don't do good work, do great work" keeps us working harder. Having experienced the corporate life, Varun believes there is much to do to the society than making someone else's bank account lump. He believes that a good learning mindset would solve many social problems, and education must challenge the creativity and talent of the learner himself. At Mango, Varun works on business development with his corporate experience and prowess. Preeti is an ECE engineer and now pursuing an MBA in Marketing. She is a people person, an animal lover, and a movie buff. She loves chocolates and is interested in writing and public speaking. She believes in empowering oneself as well as others. Aishwarya Prakash is a friendly, outgoing person. She is currently pursuing an MBA in Marketing. She is a combination of sparkling, cheerful, dedicated and perseverant personality, who firmly believes the statement "Whatever happens, happens for Good". When she isn't glued to work, you can find her singing happily and spreading positivity around her. 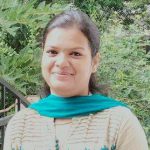 With a degree in Electrical engineering, she is experimenting and learning Marketing nuances to become a strategist. She enjoys observing people and understanding motives. She also loves roving the mountains, bird watching, and driving. Kalki is a buddy that everybody needs. From pinging our servers to keeping track of our accounts. From notifying the parents to automating team tasks, Kalki is the only teammate who works 24×7. Kalki is developed by Karthik, focused to be Mango’s autonomous workaholic AI. Chitra is an Arts graduate who loves to dip a toe in anything that captures her interest. Ideally, you'll either find her humming a tune, devouring a book, or arranging her mind's contents on paper. With a deep love for nature and for the power of natural healing, she believes that change begins with the self. To her, good food and animation movies are instant heart warmers. 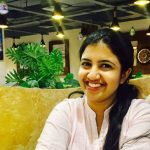 Priyanka believes that it is good education that makes you who you are. It prepares you to be dynamic enough to hit any curveball life throws at you. At Mango, she is our new growth hacking intern. Apart from being a branding, marketing, and strategy enthusiast, she enjoys good food and loves to spread smiles. Dhanush is a person who is interested in customer - relationship. He has high experience in product sales and is one of the sales point members of HP gas. He is an Electrical Engineer and is currently pursuing an MBA in Marketing. His other interests include teaching and bike riding. Siva is a strong promoter and contributor of open source technology and tools. He strongly believes that open source is the way to go about for a country like India. Through Mango Education he wishes to promote open source education and provide affordable quality education for all. Anuradha ma'am is a 2nd Generation Educator and her experience in Education spans over 35 years. Ever since her childhood she imagined herself to be an Educator, and she has been living her dream till date. Her Education philosophy is highly influenced by Maria Montessori and Gijubhai Badheka. She believes in an indigenous model of Education and often emphasizes that the only support Educators can give kids is letting them be "Happy" Sanjay is a native of Bangalore. He earned a PhD from Mysore University featuring bats and rodents. He is the Editor of a monthly conservation and taxonomy journal called Journal of Threatened Taxa’. He runs two South Asian networks, for amphibian and reptile researchers and field workers, and assists with other taxon networks such as invertebrates and pollinators as well as bats and rodents. He is an expert in Red List assessment and categorisation, has facilitated more than 18 conservation assessment workshops (C.A.M.P.s), and has assisted in the assessment of more than 3000 taxa in South Asia. Aravindan R is a software professional with 22 years of industry experience. He has a Master's in Computer Applications and a Master's in Social Work.
His passion lies in helping the underprivileged in education and healthcare. For several years, he has been volunteering with non profits and now runs a non-profit in healthcare. He also has a keen interest in photography. He advises Mango on education models and technology education curriculum.