When you hear the word ‘Star’, you’ll no doubt imagine little twinkling objects that dot the night sky. But have you ever considered the possibility of stars glowing around and above you, much closer and equally magnificent to behold?

Our Stars Of The Forest Expedition is a once-in-a-year lavish treat; an expedition packed with nature walks, educational interactions, and the highlight–the dance of the fireflies. Here’s a glimpse into our experience from last year.

Snakes On The Plateau

Our first stop was at Gerry Martin’s reptilian abode. Gerry is a wildlife enthusiast who spends his time observing snakes and learning their ways. A good part of his work involves rescuing animals, aiding their recovery, and releasing them back into the wild. Not only did we get a chance to meet one of his oldest rescues–a corn snake named ‘Ten’- but a lot of us who were frightened of snakes went ahead and held them once we were informed that the snakes were non-venomous. Losing this fear of snakes was one of the most striking achievements for a lot of kids while understanding that venomous and poisonous do not mean the same thing.

We also learned about Radio tagging which involves attaching a radio transmitter to an animal to track its movements. This works as a great tool to monitor the snakes and locate them in the wild.

By the time we wrapped up at Gerry Martin’s and reached Coorg, it was quite late. Upon arrival, we saw a few hundred fireflies forming a hint of a welcome parade! We met Mrs Sujata, a botanist, and her husband Mr Anurag, at Rainforest Retreat in Coorg, our home for the next two days.

The first night was a preparatory experience where we took a walk through the rainforest and saw peppered sites of fireflies. The great part about the walk was that we knew there was no risk of wild animals, which made it freer for exploration.  On our way back down, we spotted the shining eyes of the Slender Lorris (a close relative of the lemurs of Madagascar–remember King Julien?).

Next morning, we set off on a trek of the Mojo plantation where we saw aromatic vanilla and coffee plants and a melange of herbs.  Moving from plants to aquatic life, the trek was followed by a Water Walk. While we splashed about in puddles and walked along a cool stream, we spotted a wide variety of fish, crabs, and other water wildlife. To add to our curiosity and delight, kids living in the area tagged along and displayed their extraordinary fishing skills as they dipped bottles into the stream and whipped out a fish each.

There were some carnivorous plants growing in the wilderness and we were shown endangered species of plants whose existence is, unfortunately, widely unknown.

Night With The Fireflies

With the second night approaching, everybody was in high spirits and eager to see the grand spectacle that was in store. The team split into three groups and trekked to different firefly spots at varying altitudes. When the moment finally arrived, it was as though the entire forest had turned into a magical landscape.

About five to six thousand fireflies (probably even more) had lit up the surrounding space, and as their golden bulbs blinked in perfect synchronicity, we stood transfixed. As the twinkling dance continued, we were taught to distinguish between male and female fireflies. Since April is the mating season, we were fortunate to have timed our visit perfectly to witness this wonder of nature. The final activity to wrap up the expedition was a Frog walk where we came across over 10 species of frogs (hourglass frog, praying mantis, etc.), and learnt to recognise them by their patterns.

Be it Educators, kids, or parents, this expedition was an experience of a lifetime for everybody!

What are you going to do in this expedition?

Lunch at the Gerry Martin Project Gerry Martin began his career in 1995 at the Madras Crocodile Bank Trust, under the inadvertent mentorship of Rom Whitaker. As a young assistant curator, Gerry’s duties covered the care of all the reptiles at the park including the breeding group of king cobras. In 2000, Gerry became National Geographic Channel’s first Indian ‘Adventurer’. 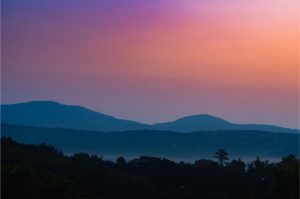 The stars on Earth 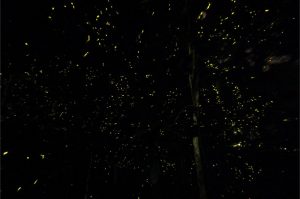 After we settle down and unpack at the 25 acre organic plantation - 'Rainforest Retreat', we get ready for the amazing light spectacle we have come all the way to see. Dr.Sanjay Molur and his team will teach the kids about the amazing phenomenon as they watch the dance of the fireflies. A midnight feast and total darkness with just the fireflies is a treat to watch! Dr. Sanjay has been a wildlife conservationist for over 25 years. He runs three South Asian networks - on amphibians, reptiles and small mammals. He has done his PhD in Coorg on rodents and bats and has traversed the area for several years. Kids will get ample opportunities to pick his brain.

His wife Payal has been a wildlife documentary maker. Today, she is a Wildlife Educator, and has been conducting workshops for kids and teachers for 15 years. She uses a blend of activity-based immersive learning techniques so kids can play as well as learn in the field.

Kids will interact with them to understand the flora and fauna of Coorg – wild orchids, butterflies and moths, birds, reptiles, and amphibians that are native to the Western Ghats, maybe even a glimpse of the resident rat snake at the water tank. Dr. Sujatha has a PhD. from the Botany Dept of Delhi University, and Dr. Anurag has completed his studies (PhD. in Molecular Biology) in Toronto, Canada. They have research experience in the fields of biological sciences including botany, plant biochemistry, genetics, ecology and molecular biology. In the dappled sunlight stream that runs along the property, kids will wade up-stream in search of wetland species like crabs, fish and amphibians. Led by Dr. Sanjay Molur and Priyanka Iyer the kids will do a species diversity count study along with the team.

Priyanka has always been passionate about wildlife and has worked in different aspects of wildlife conservation including publications, field research, education and policy. She found her true calling at Zoo Outreach Organisation, where she is a researcher working on projects concerning threatened species, freshwater policies, and illegal wildlife trade. She also works at the peer-reviewed, open access Journal of Threatened Taxa as an associate editor. Expedition itinerary, particulars, and other details

A learning expedition to a beautiful part of the Western Ghats, Coorg. Visiting an organic plantation where fireflies make their home. A once in a year natural light show guaranteed to enthral. A unique chance to interact with plant biologists, an organic farmer, wildlife scientists, and an astronomer out in the field surrounded by frogs, reptiles, birds, insects and stars! Stars of the forest and stars of the sky all in as part of this learning expedition.

How far? How much does it cost?